Started with barfing, ended with giggling

Last Saturday, Mom and I spent the morning cleaning my breezeway (after ripping out the carpet on Monday!) and it was hot, hot, hot.  She left around 4, and I took a shower and a nap, packed a bag for two nights and headed to Mom & Dad's for an exciting evening of making 4 large batches of buffalo chicken dip.

Sunday morning I had a headache and Dad was grumpy, but we were on the road by 9:30 and headed for Columbus.  The elder of my nephews graduated from high school on May 20, and his party was set for Memorial Day.  In addition to the buffalo chicken dip, we also had 7 1-gallon bags of sweet snack mix and 5.5 1-gallon bags of savory snack mix, plus the big cooler which was temporarily full of bags of tortilla chips & corn chips.

We pulled into the driveway at 11:30ish.  Mom popped right out of the car, and I saw my brother approach the front passenger side where Dad was sitting.  As Dad rolled down the window, he said, "What is Captain Crossword doing here?" and I thought he was talking about Jeeves until I looked up and saw that my baby brother was in fact in Columbus instead of Dallas!  Turns out that Mom had arranged to fly CC, Bookworm Mathgeek and the girls in and kept it a surprise from everyone.U

After that we had a quick lunch of New York-style pizza, then commenced with the party prep.  It was nice to chat with CC and Bookworm and catch up.

Unfortunately, I woke up at 7 with the beginning of a migraine, including the barfing.  Mom went out and got me some Excedrin Migraine, I took 2, had a hot shower and went back to sleep.  When I woke up at 11, the nausea was gone and my headache was manageable, so I took 2 more pills and got dressed.

The party went very well, with tons of friends, neighbors and family, including my mom's brother from Florida and her sister from Cincinnati.  The food was great, there was lots of laughter and silliness and everyone had a good time.

The best part of the day for me was late at night, when the cleanup was done, the outdoor light was off but the pool was still illuminated, and Jeeves and I had a long heart-to-heart talk.  Of  course, because we are siblings, he had to psych me out, pretending he was going to shove me in the pool. :-D

So the day that started with barfing, ended with giggling as I lay in bed thinking about my brother.
Posted by Jammies at 8:26 PM 3 comments:

2.  The morning after a hard rain is a great time to pull up unwanted saplings and other weeds.

3.  When you are pulling up something rooted deeply, brace yourself or plan to land on your butt.  Hard.

4.  If you are standing facing uphill and you hear a jet, do not tip your head back to look for it, or plan to land on your butt.  Hard.

5.  Your neighbors now have conclusive proof that you are crazy if they heard you apologize to the trees you were trimming.

7.  Your co-workers do not need to know that you habitually turn a towel into lekku after your shower.

8.  Your true friends, on the other hand, will be delighted.

The fact that I was expecting a horror novel and got a thriller is my fault, not the author's or the publisher. And since I am not a big fan of thrillers, I went into this book with a feeling of obligation rather than excitement.

I was pleasantly surprised by how much I enjoyed the book. While I wouldn't re-read it, the pacing was good, all the characters enjoyable (although the Russian Major General is a bit two-dimensional) and the plot kept my attention.

This novel might be an even bigger pleasure for someone who loves thrillers, but for me it was still an engaging read.

I received a free copy of this book in exchange for an honest review.
Posted by Jammies at 8:14 PM 12 comments: 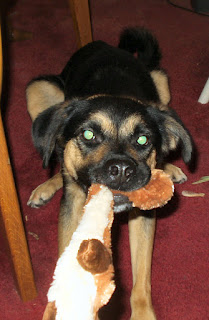 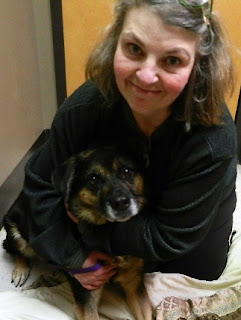 1.   Be thankful.  Doing that all day, for my family, my friends, my dog, my job, that there are books and food and music in my life.

2.   Take out compost.  Once, plus washed out the sink-side container and have started a box for floor sweepings and plant trimmings.

3.   Take out recyclables.  I made two trips out on Thursday and one on Friday, and then took the container out.  After the pickup I realized I still had a bagful of stuff from work, so I went out and got the bin and re-filled it halfway.

5.   Scan and e-mail stuff to Mom.  Done, despite an elderly and cranky printer

8.   Fold and put away clean clothes. Done, but will have to do it again tomorrow night after laundry morning at Mom's.

13. Buy washing machine.  Got a great buy on an Electrolux from HH Gregg, and they surprised me by saying it will be delivered on Tuesday, which is too soon.  When I called to reschedule, the CSR told me my order had been cancelled and if I attempted to place it again it would be cancelled again and I should go to the store.  Ugh.

15. Get all plants arranged in house.  I've got one spider plant I don't have room for and am loath to toss onto the compost because it's healthy, damnit!

16. Go water-walking.  Gave this up in lieu of getting plants in and the breezeway semi-tidied because I am hoping Dad will be here to let the washing machine people in.
Posted by Jammies at 10:44 AM 4 comments:

Six thousand steps before lunch and panhandled by a toddler

It's been a bit since I posted here, and I still need to finish my travelogue!  All I can say is that I haven't felt like writing.  Somehow, the day on Thursday made me want to write it up.  A couple of weeks ago I bought I cheap pedometer from Walgreens.  I've been averaging 4-5000 steps per day and hoping to get better as time goes on.  On Thursday I had 6000 by lunch and another 3000 by bedtime!

A little background: in 2014, the judge set up twice-monthly hearings where interested* parties have a chance to object to estate inventories and accounts.  I'm in charge of pulling the files, giving them to the magistrate covering the hearing, explaining the rules to people who want to object, checking folks in and sometimes explaining to people who show up that they don't need to be there when nobody has objected.

Some hearing days we have no cases, some days we have lots of cases, and on days like Thursday, we have only a few cases with a boatload of people.  They all need to be herded into groups and then into the hearing room one case at a time, and sometimes kept apart if there are strong emotions at play.  The magistrate took people into the hearing room on the basis of "First case with all their people here goes first" and once she had the first case being heard, I had a minute to call the attorney for one side of the third case, because she hadn't shown up yet.

The parties for our three cases were interesting.  One had a trio of African-American great-aunts, ladies who looked like they had seen some shit and weren't taking any, another had a really arrogant asshole attorney and the third had a guy who looked, sounded, and shook hands like he'd been living in a cave his whole life.  Damp, pallid, skinny and doughy.  ::shudder::

So in the middle of running back and forth herding cats and occasionally stopping at my desk to try to work on guardians' accounts, I was stopped by the gumball machine by an adorable little boy who asked me if I had a quarter.  Softie that I am, I gave him two.

Things were calmer once the magistrate cleared all the cases.  I call her "The Fastest Pen in the Midwest" for good reason--in one of the cases, she had her decision to me before my colleague had even docketed the attorney's notice of appearance. :-)

I did manage to get all the accounts and inventories published or approved that afternoon and cleared my desk of a boatload of work.  I also got a notification that a library book I'd been waiting on had come in, so I stopped on my way home to pick it up.  My phone rang when I was two blocks from home, but I knew it just meant Mom had beat me to the house, so I didn't answer.

Mom and Dad have been emptying the attic, so Mom brought over a bunch of unused carpet scraps for me to put out for the fabric recycling company to pick up Friday morning.  I fed the dog and let her out and put her away again while Mom was stuffing bags and carrying them to the curb.  I helped with the last bag and then we were off to Home Goods.  Mom had a bunch of rewards, so she gave me half, and I got the softest new blanket and a shedload of hand soaps (for home and for work) and three yummy-smelling Halloween candles.

After that we had dinner at Aladdin's and then went to Gabriel Brothers, where I found a gorgeous fall jacket for only $12.99 and Mom looked at all the bras and didn't buy any because they were all push-ups.  I got home about 9, lit the juniper and clementine candle and was glad that Mom & I had gone out, even after a very busy day.

*"Interested" is used here as a legal term--someone has to have a stake or share in the estate, not an interest in the sense of curiosity.
Posted by Jammies at 8:17 PM 4 comments:

After coming back to the ship from Guernsey, getting cleaned up and eating dinner, Mom & I skipped the reception line for our distinguished guest and spent a quiet evening reading, writing notes on the day (Mom) and downloading photos (me).  Thursday, April 28 was a day at sea as we moved from Guernsey to Normandy, France.

Mom and I had our usual breakfast, hung around for a bit afterwards and talked to people, and then went back to the room to get ready to face the day.  Dressed and made up and all that jazz, we headed up to the little theater to listen to a talk from our guest lecturer, David Eisenhower.  I'm sorry that link doesn't have a current picture, because he does look very much like his grandfather.  His wife, who is equally recognizable, is Julie Nixon Eisenhower.

The lecture was good, mostly about Normandy, both the history and then the events of WWII, culminating of course in D-Day.  After the lecture, we had lunch, then spent a quiet afternoon, including a nap for me.

Jammies
Mustelidae Jammicus Rufus, an aquatic mammal which thrives in environments containing deep bath tubs, luxurious bath products, exquisite paw polish, perfume, jewelry, high thread-count sheets and fluffy pillows. Owned by one adorable dog, possessed of a loving (if slightly crazy) family and generally a happy critter with goofy brain wiring. Do not feed green peppers to a Jammicus unless you would like them spit back at you at high velocity, and if you start petting one, be prepared to continue for a minimum of thirty minutes.